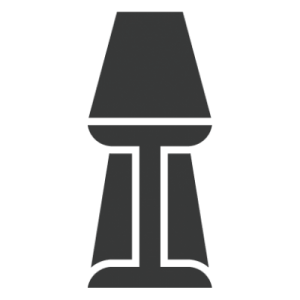 The American Standard S-Beam is a type of I-beam that resists bending and shear loads and is commonly used in construction, shipbuilding, and other industries. An S-beam has roughly the same profile as an I-beam, but instead of horizontal flanges, it has tapered flanges that slope away from the inside surface. Additionally, the flanges are narrower than the web, whereas on an I-beam, they are the same size.

S-beams are typically listed with a number that indicates the depth of the beam in inches, and may also include its weight in pounds. For instance, an S24 beam measures 24 inches in depth, and an S8 X 23 beam indicates 8 inches in depth and a weight of 23 pounds.

If you’re a structural steel fabricator, you know that quality matters. To ensure you’re able to produce the perfect American Standard S-beams, you can rely on BeamCut, the most advanced structural steel fabrication technology on the market. Utilizing state-of-the-art, six-axis FANUC robotics, Hypertherm’s latest X-Definition plasma, and user-friendly CNC software, BeamCut can process any shape or profile in the industry, including American Standard S-beams.

BeamCut can free up valuable space in your shop by replacing traditional drill lines, punches, band saws, coping and grinding stations, and layout and marking stations,. Because it can process every step of the fabrication in one pass, it only requires one technician to operate, allowing you to maintain a lean workforce.

Furthermore, with BeamCut, you can manually calibrate cutting tolerances, nest your parts, and track robotic cutting paths to eliminate mistakes and reduce waste. In fact, BeamCut can greatly improve the quality of your work and the speed at which it is performed, reducing production time by up to 80%.

To learn about how BeamCut can elevate your structural steel fabrication business, contact us today.

Industries That Rely on Structural Steel Fabrication As the preferred material for architects, engineers, and contractors across many different industrial sectors, structural steel is in high demand. Fabricators that specialize in structural steel often have a backlog of projects due to companies all over the world hiring them for their services. Let’s take a look […]

Steel Girders vs. Beams: What’s the Difference? Steel girders and beams make up the primary support system of buildings, bridges, ships, and other large structures. Both are fabricated to transfer weight-bearing force into support columns and down into the foundation, but is there a difference between a girder and a beam, or are these two […]

OPERATOR CONTROL SYSTEM
The Operator Control System is an industrial grade touch screen computer that is both powerful and easy to use. It features the most advanced windows based operating systems on the market.

HYPERTHERM PLASMA
Hypertherm’s versatile plasma systems have been designed and built for maximum efficiency and productivity for x-y cutting, chamfering and robotics operations. Combined with the Fanuc robot arm, it produces perfect bolt holes with no taper.

INFEED AND OUTFEED CONVEYORS
The Infeed and Outfeed Conveyors ensure precise and quick positioning of the material. They are manufactured of 4" heavy duty rollers mounted on pillow-blocks on solid heavy duty welded frame. A motor that is located in the central unit drives the conveyor rollers.

PHOTO-LASER MEASURING DEVICE
Our custom Photo-Laser Measuring Device is unique to the industry allowing automatic splitsecond profiling and positioning of your piece and guarantees the most precise cut possible.

MOBILE MEASURING UNIT
Our mobile measuring ensures continuous monitoring of the piece length by moving along the infeed conveyor following the piece. Its special design makes up to 2x more precise than other measuring devices.

SAFETY CABINET & SMOKE TRAP
The safety enclosure is state of the art. It serves to delimit the space reserved for robotic cutting and the circulation area around the system. Our safety latch work envelope door allows for easy access and will shut the machine down if opened during production. In addition, an air outlet with a market leading 4250 CFM blower makes it possible to extract the smoke (dust collector not included - optional) and prevents health risks associated with plasma smoke. The safety cabinet complies with OSHA and Canadian safety standards and may help lower insurance costs.